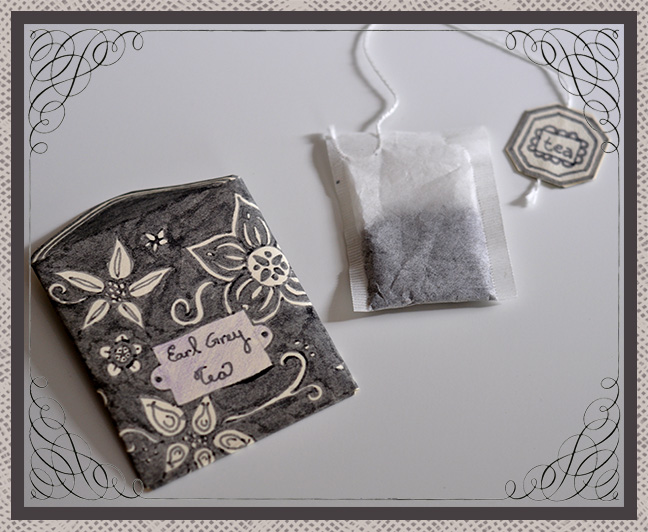 The very nice folks at Tombow sent me some lovely markers, colored pencils, and adhesive in celebration of Tombow’s 100th birthday. 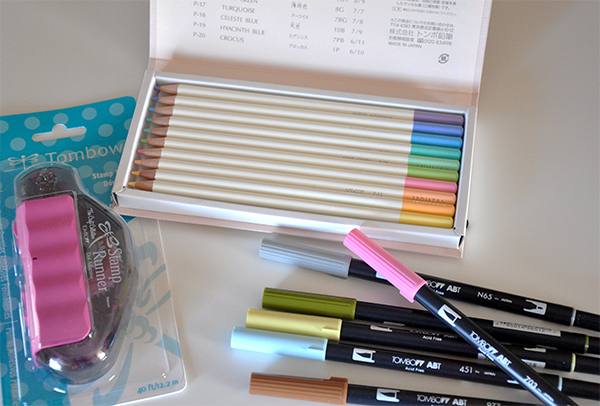 We made some pretty projects using our new Tombow products. My daughter loves tea- she has quite a collection and often gives & receives it as a gift. We thought that it would be nice to make a little decorated tea bag holder packet to use as an enclosure in a card or gift basket. (Hint- it’s a nice little enclosure when you don’t have a gift to give someone, but would like to give them a little something more than just a card.)

To make the packet, she traced a square slightly larger than the tea bag onto card stock. Then she drew another square adjacent to the first and added “flaps” on 3 sides. She used the Tombow markers to color it in. 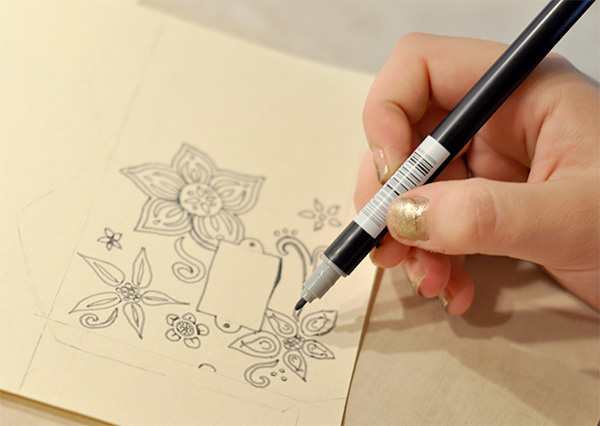 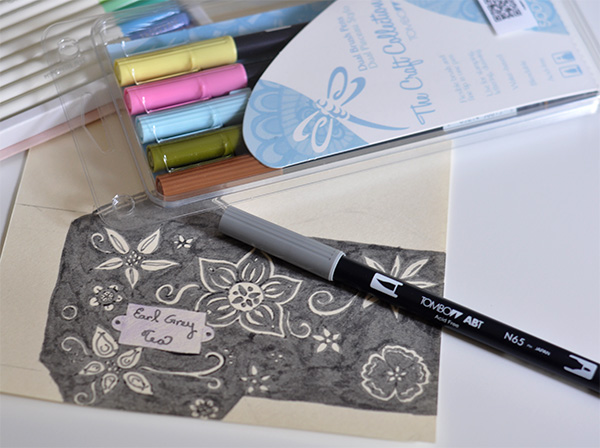 Next she traced the tag twice onto the card stock and decorated it. 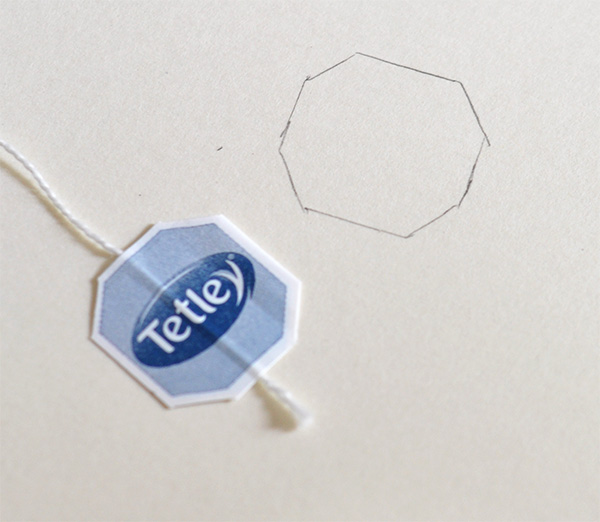 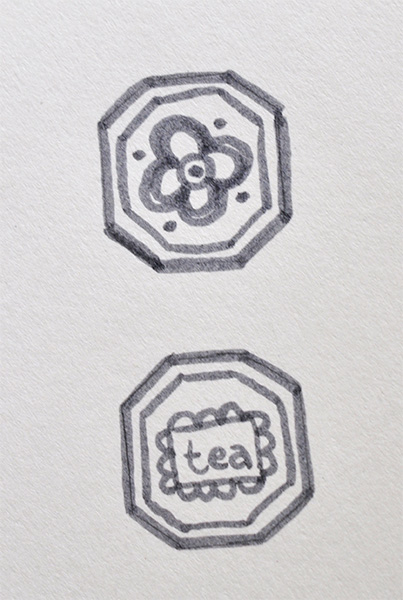 Cut out the packet and tags. 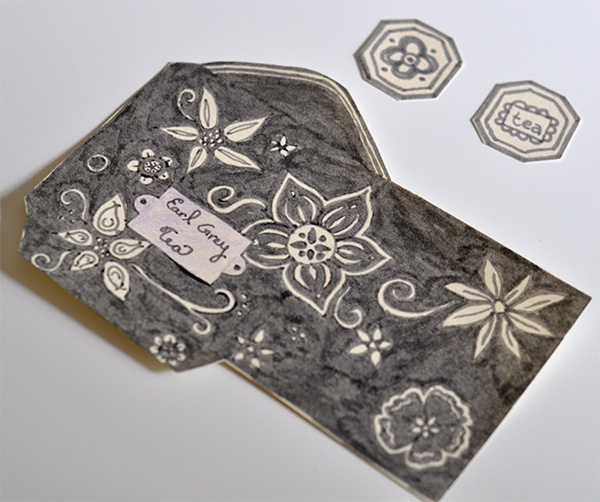 Fold the packet in half and fold the flaps toward the wrong side of the card stock, then use the adhesive to attach 2 of the flaps down to make an envelope or packet. (I have to say that I have used other adhesive dispensers before, but the Stamp Runner was by far the easiest to use. I really liked it.) 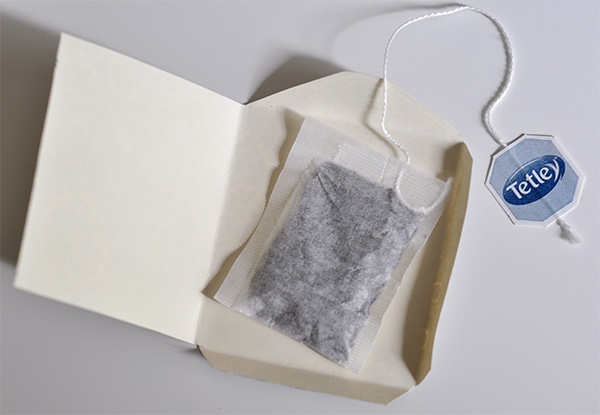 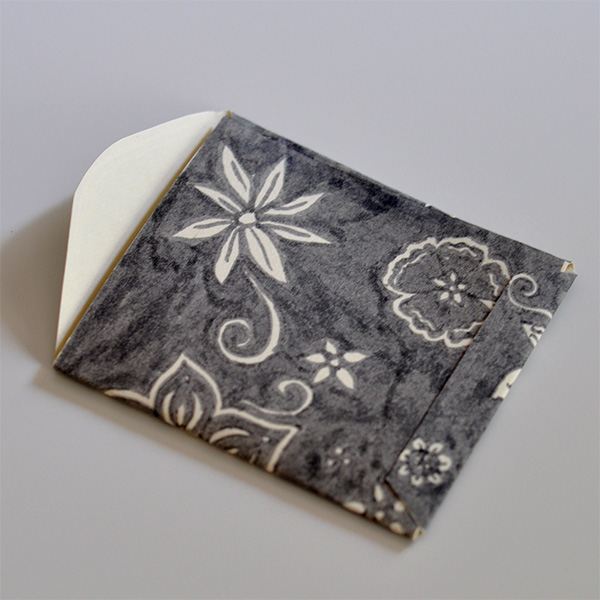 Adhere your decorated tags to both sides of the existing tag. Tuck the tea bag into the packet and fold the top flap down. If you’d like, you can secure it with a little piece of tape.

I would love to receive this little tea bag as a gift, wouldn’t you?

In my next post, I will be showing you another project that my niece made with the colored pencils and markers and Stamp Runner adhesive.
If you like this idea and think your friends would also like it, please share it using the buttons below! 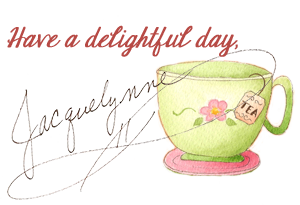