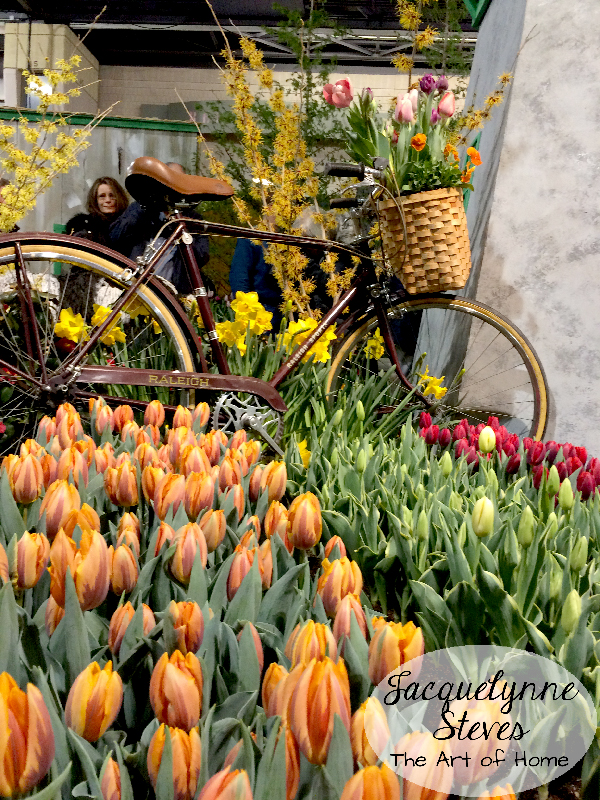 Are you ready for some colorful inspiration? Last week, we went to the world famous Philadelphia Flower Show. We try to go every year, there is always so much to look at, and of course, it’s a nice little preview to Spring! I was especially excited to go this year because the theme this year was Holland, and we actually traveled to the Netherlands last April and loved it (check out the photos from that trip here).

Holland is the country of bicycles- we were amazed at the number of bikes we saw while we were there, seems there are 2 bicycles for every person!! So of course, bicycles were well represented at the Flower Show. 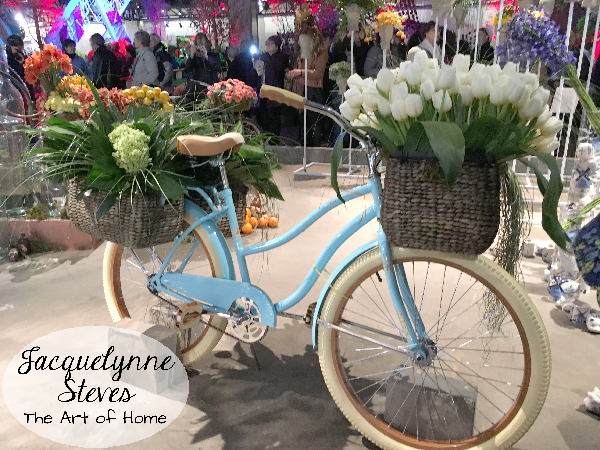 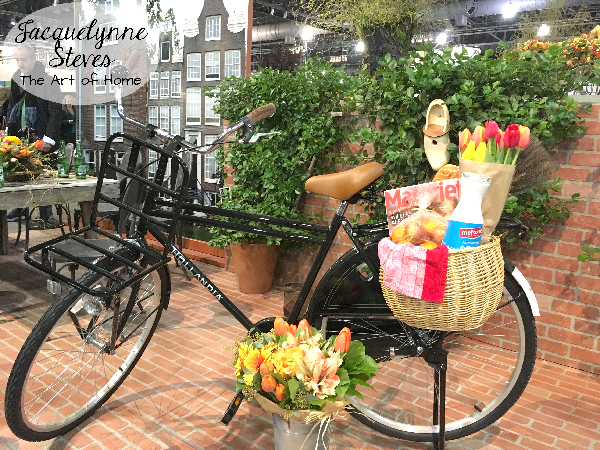 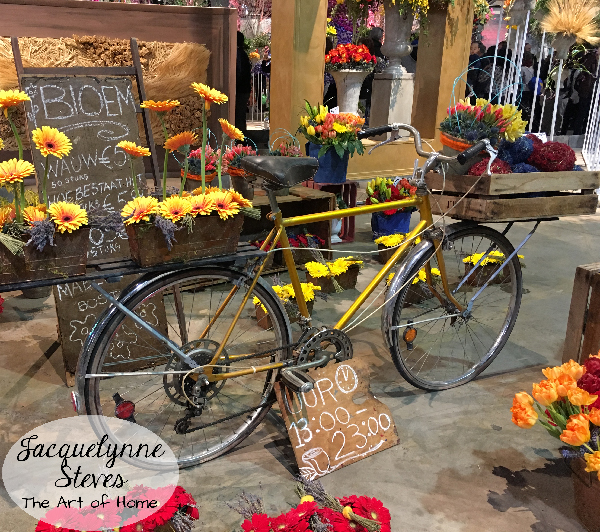 There were bicycles hanging from the ceiling: 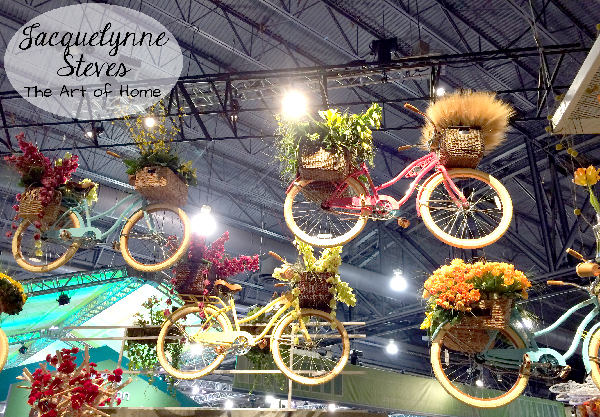 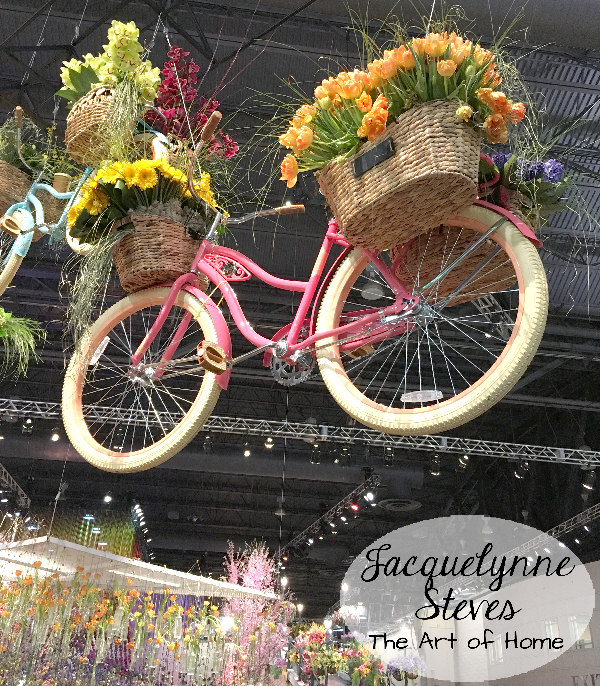 One of the displays featured dozens of old bicycles painted white, and built into sculpture (this is just a small part of that display): 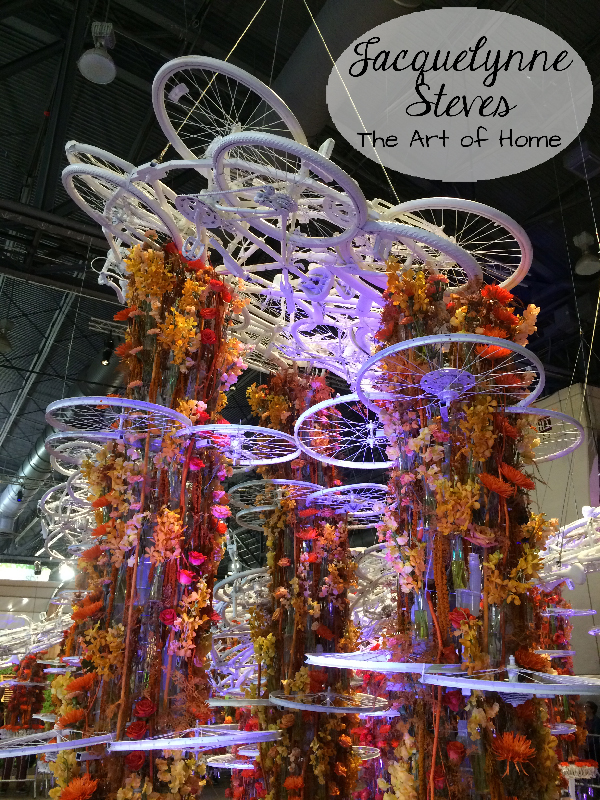 My favorite was this bridge constructed of old bicycles: 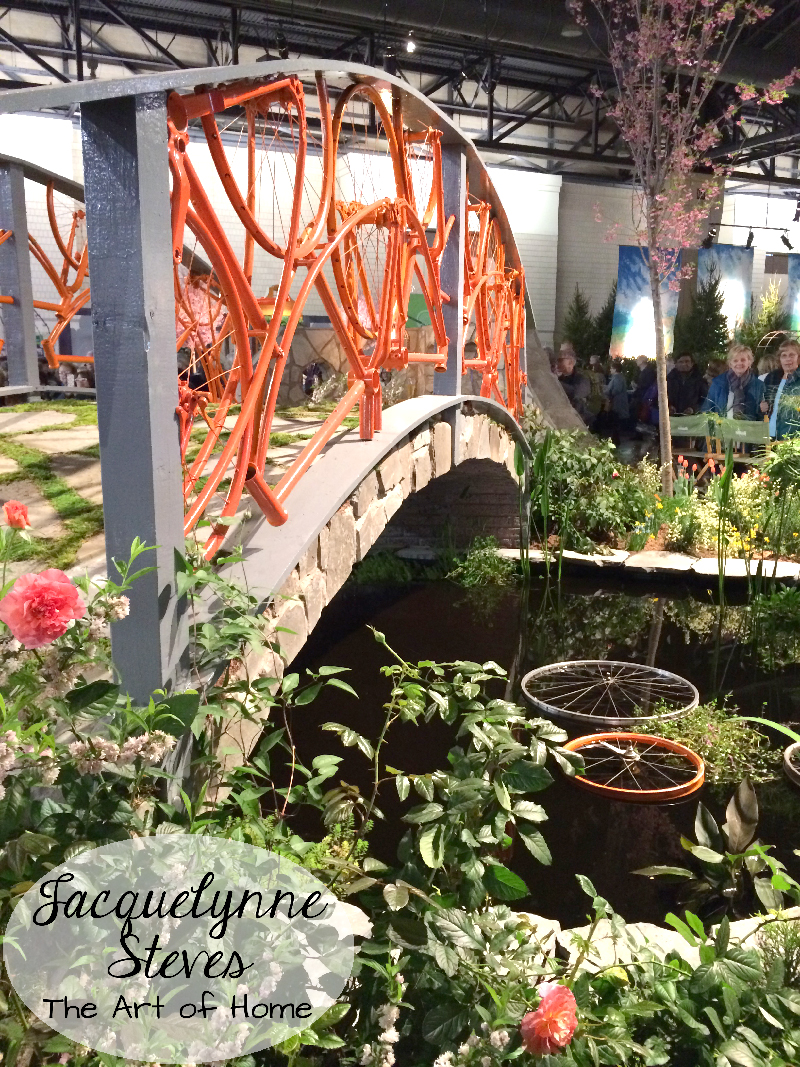 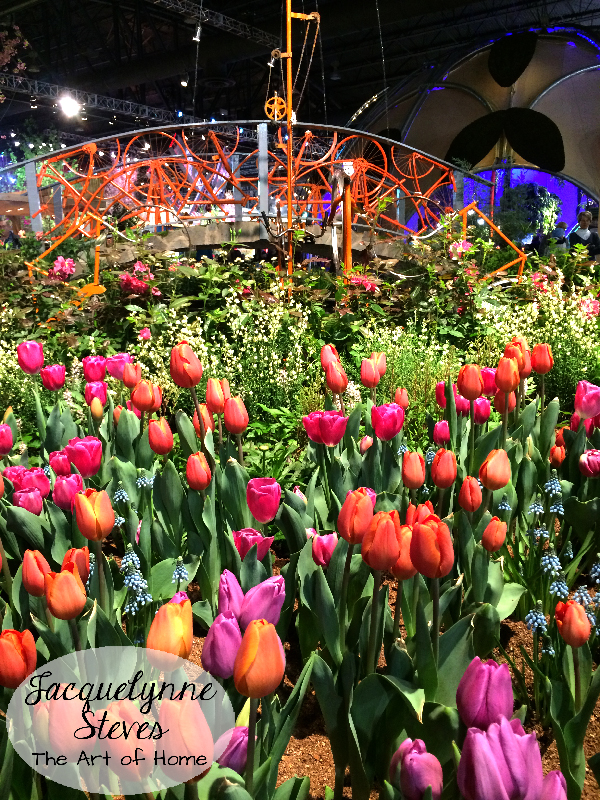 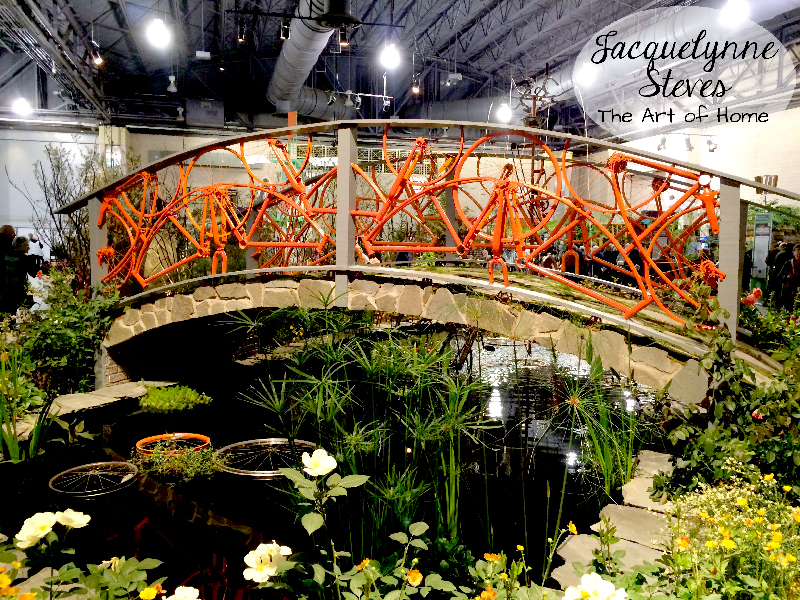 I shot a little video of the fountain made from bicycle parts, too:

I have many more photos, this year I was especially paying attention to the color palettes of the flower arrangements and displays, and I plan on posting those a little later. I hope you found this inspiring!