My Free Block Pattern for the Aurifil Designer of the Month Series! 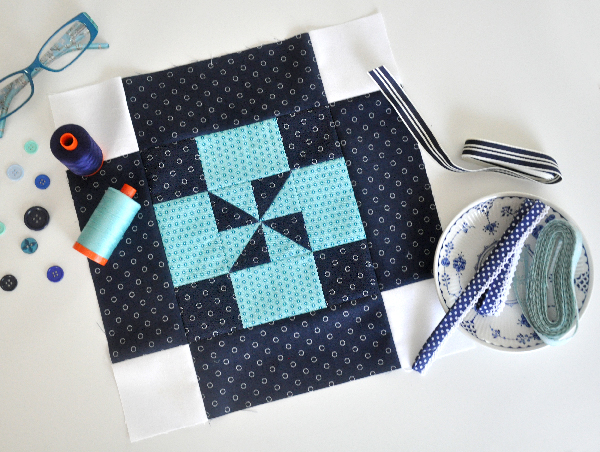 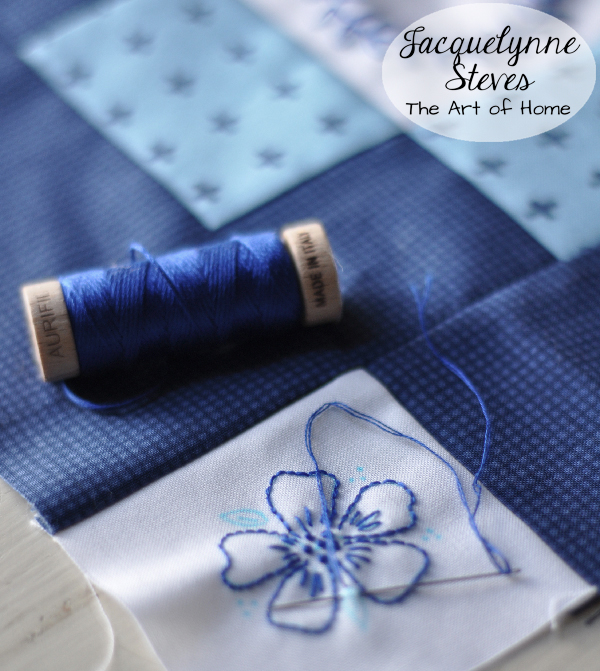 My month is finally here! Have you been following along and getting your free Designer of the Month block patterns? The theme for the Aurifil Designer of the Month series this year has been Blue… Are you a “blue” person? I never really thought I was, but after a recent trip to Delft in The Netherlands (home of the beautiful blue and white Delft pottery and china), I got “the blues!” 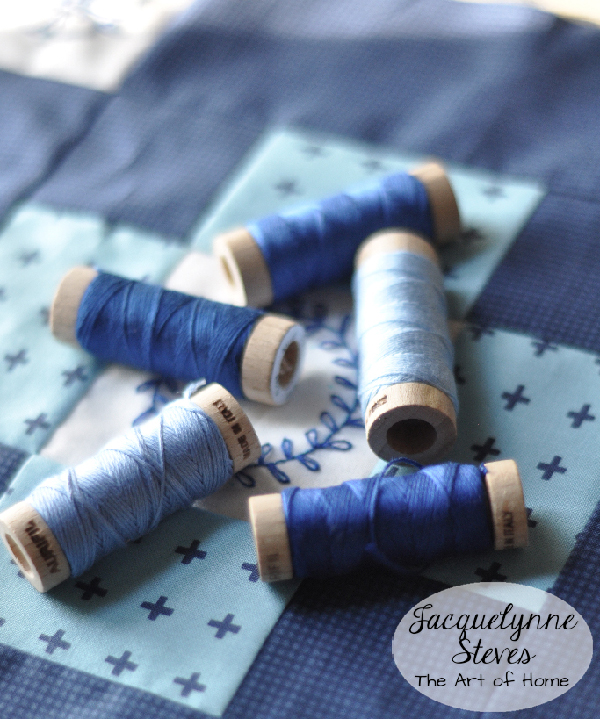 I was inspired by the beautiful floral motifs on the Delft pottery. My daughter and I even made some hand painted plates when we visited the Delft factory: 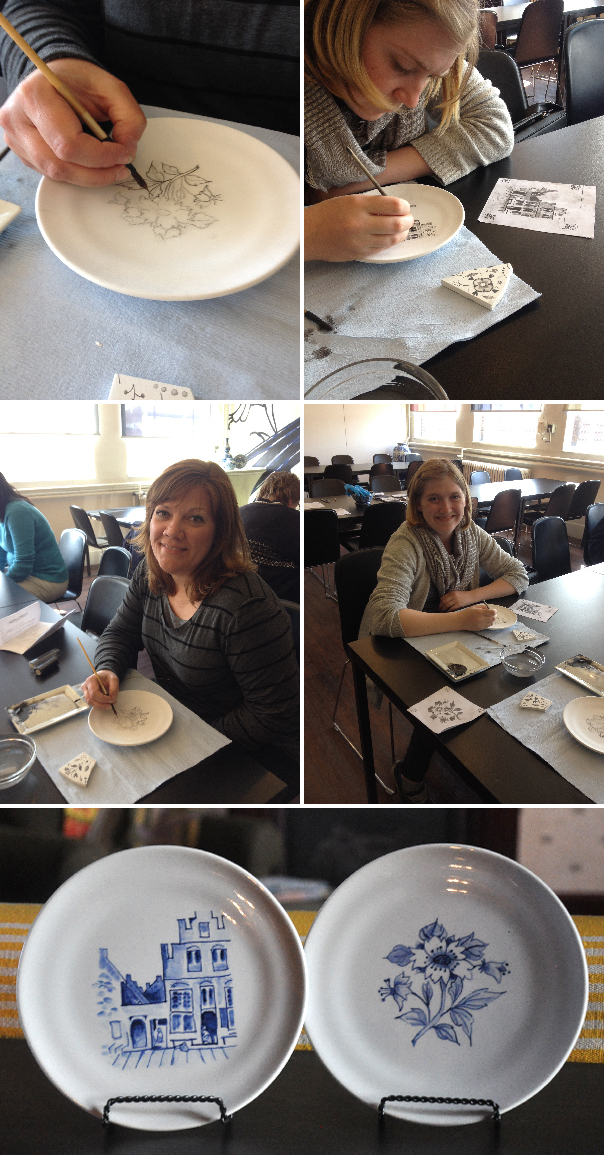 So here is the block that I designed for Aurifil- it’s called Modern Delft! A nod to the traditional, with a modern block design (the teapot in the photo below was actually purchased by my daughter in the town of Delft). I used 2 strands of Aurifloss #2740 for the embroidery: 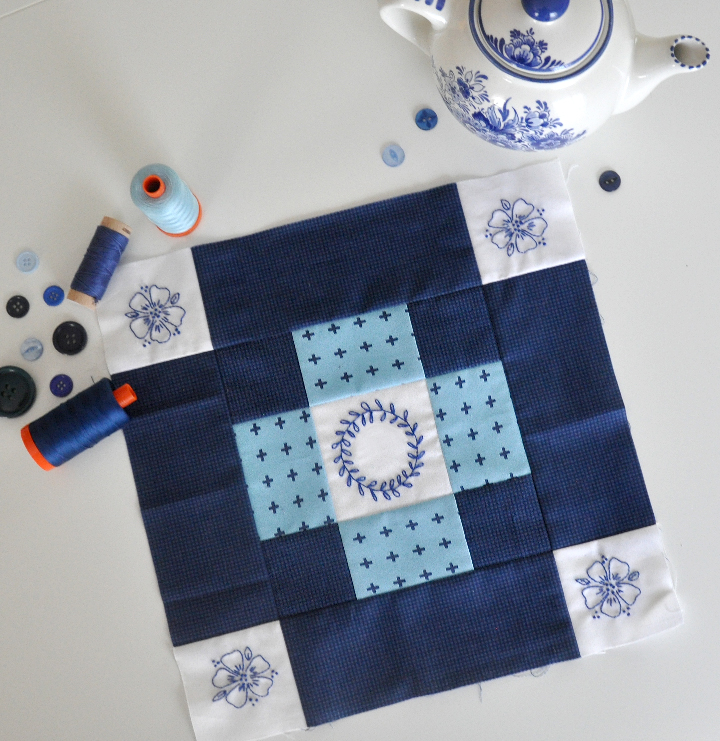 But then…. those of you who have been following me for a while know that I’m a bit of an “overachiever,” lol. So…. after I made that block, I thought I should really make a block with a nod to the beautiful windmills in The Netherlands:

So I came up with this block- it’s the same basic design but instead of the embroidery in the center, I used a pinwheel. This block is called Modern Delft II:

You can read my full interview and story about the blocks, as well as get the FREE block patterns, here on the Aurifil blog. You will also find out how to enter the block challenge for a chance to win a box of Aurifil thread!! And, see Pat Sloan’s version of my block here.

And don’t forget to ask your favorite quilt shop for Aurifil thread! You can also find it online here. I have to tell you that the folks at Aurifil are a pleasure to work with, and their thread is divine. I have been using their 50 wt. thread for all of my piecing and machine applique for several years, and now I just love the Aurifloss embroidery floss as well :)